There are currently 0 players online.

Internet Explorer is not supported. Please upgrade to a more modern browser.

There are no wall posts here yet.

about 1 month ago
How to sell land?

How to sell land?

Use /lands rentlist to view all areas and lands that can be rented or bought. There you can also filter and sort these offers.

about 1 month ago
How to rent land?

How to rent land?

You can only set sub areas for rent. The default area can only be set for sale (= selling the whole land; more information below)

Use /lands rentlist to view all areas and lands that can be rented or bought. There you can also filter and sort these offers.

about 1 month ago
How to create sub-areas?

How to create sub-areas?

What is a Area?

Land areas are "sub areas/lands" inside a land. These areas are three dimensional, that means that they are not bound to chunks but instead to blocks. You can trust players to specific area(s) and apply flags for it, like you would do for a land.

1. First open your land menu with /Lands menu and click on the areas item. Depending on your servers configuration of the GUI menus the item position may vary.

2. Now click on the add area button. After this you will need to enter the area name in chat. 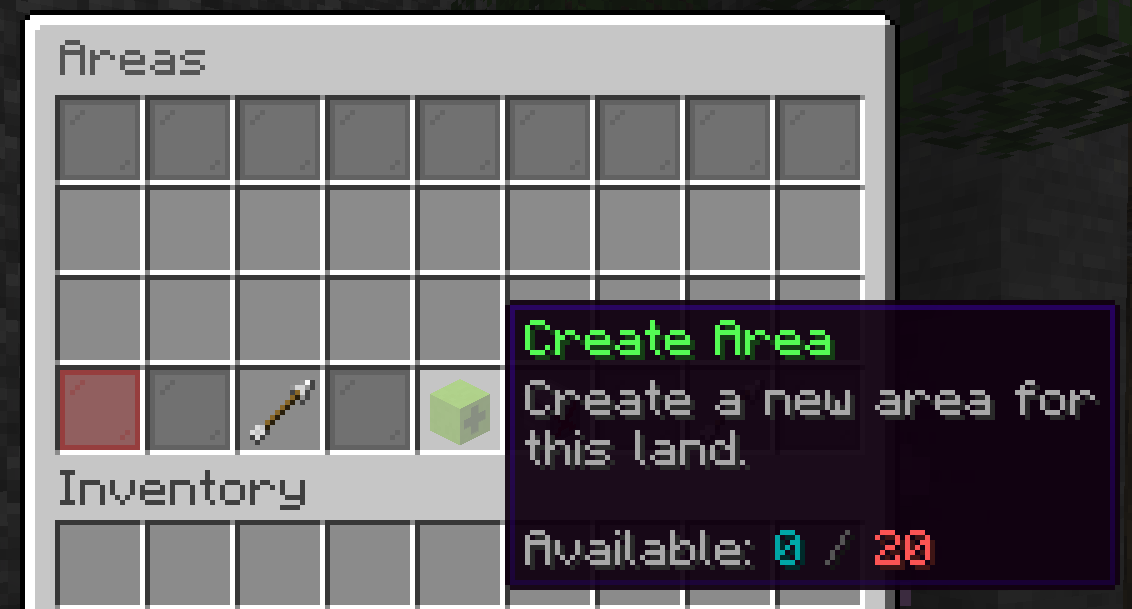 3. After that you will notice that the area will popup in the menu and give you instructions how to set the size of it. 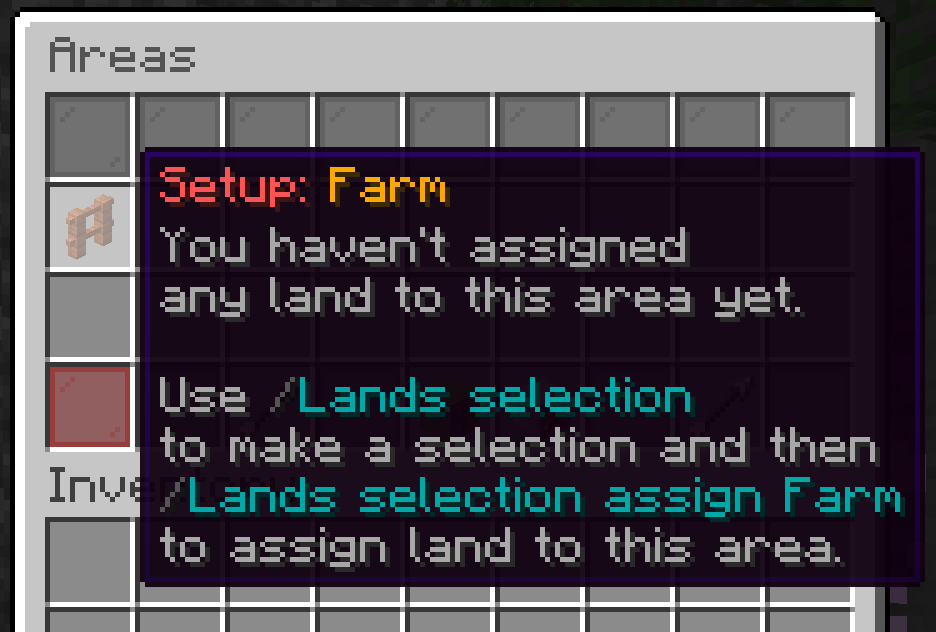 4. The selection is set. It will display it to you live. You can make changes as you wish. Then just execute /Lands selection assign . After that everything is setup. 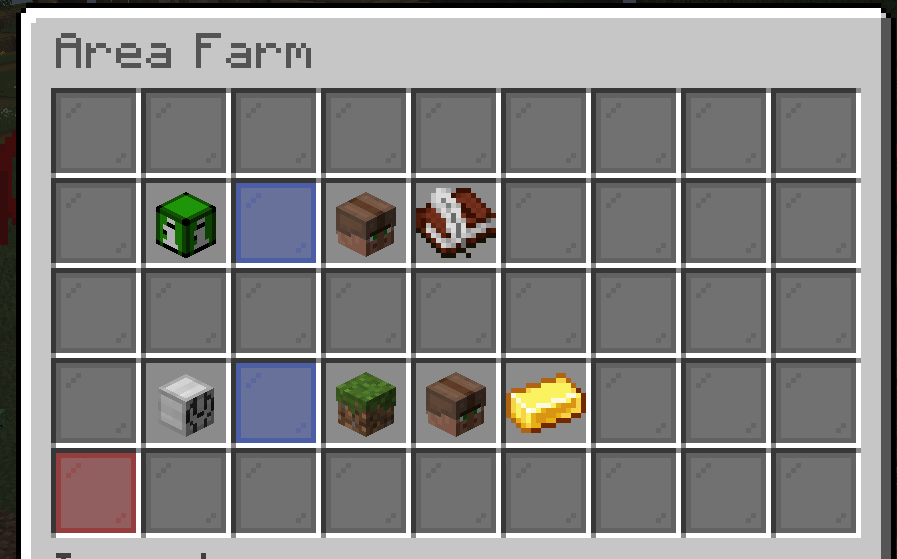 about 1 month ago
How to declare war?

How to declare war?

To declare war against your enemy, simply execute /Wars declare <land></land>.
Now a menu will open which asks you about setting a tribute. This tribute will be paid by the enemy (defender) in case they surrender later.
After you clicked on the send button, the enemy will receive your war declaration with information, like when the war starts and which tribute you set in case they want to surrender.

After the declaration is sent, the war preparation time starts. During this time, the defender has time to prepare against for the upcoming fight. How long the preparation time is depends on your server's configuration. All players of both lands will get a notification periodically. By executing /Wars info or /Wars menu you can get information about the upcoming war.

When the war preparation time is over, all players of both lands are able to fight against their enemy. There may be certain options enabled on your server that prevent invading the enemies land, while their players are offline. By executing /Wars info or /Wars menu you can get information about the current war.

3.1 What happens if a player is part of multiple lands? Which team will they join?

Defending lands are prioritized and the team is calculated once and stays the same.

Direct allies (a land or lands of a nation) will be able to support you in your war. They'll also be visible in the /wars menu.

During the wartime, you may be able to invade the enemies land and steal items from their containers, but this fully depends on your server's configuration. You may even be able to break and place certain or all blocks. Again, this depends on the server you're playing on. Also, the server may have configured a minimum amount of members of the enemy which need to be online, before you can invade their land.

Capture points can be crafted or are given to you by the server. You can view the crafting recipe during the war in the /wars menu. You must place them at the edge of the enemies land (inside). After that, you must clear all enemy presence in this area and hold the capture point for a specific time. You'll be able to view a progress bar at the top of your screen. Be aware that the defenders get notified once you place a capture point! Depending on your server's configuration, your land may claim the captured area after you held it successfully.

Your server has a configured max. wartime, which will be visible for you during the wartime. The team with the most kills wins the war. The winner will be rewarded with a robbery money amount with is taken from the defender's balance (usually their land bank; this depends on your server's configuration). Your server may also have set up custom rewards in the Lands wars config. If both teams have the same amount of kills, the war will end in a draw and no team will be rewarded. Depending on your server's configuration, you may receive a war shield.

about 1 month ago
How to create Nations? and what is this

How to create Nations? and what is this

What is a Nation?

A Nation is a collection of lands. A land owner can create a nation by executing /Nations create <name></name>. This land will be the capital of the nation. Once the nation is created, the nation can invite other lands to join them.

Lands that are part of a nation will no longer pay upkeep to the server, but instead to the nation they're part of. The nation however, can configure how much upkeep lands of their nation need to pay to them. Also the nation needs to pay upkeep to the server. That means that setting a upkeep on their lands may be crucial to pay the upkeep costs for the nation to the server. The nation can configure the upkeep on the lands in their nation menu. The nation menu can be opened by executing /Nations. If you're part of multiple lands and you want to edit a nation a different nation, execute /Lands edit <land></land> to let the /Nations command be executed for this specific land.

Nations can declare war against other nations, like lands, by executing Wars declare <land or nation></land>. All lands in the nation will fight in this war. If a player, is part two of lands that are not in the same nation, the player will join the team in which they are part of the most lands. In this case lands, they own will be prioritized. Depending on your servers configuration, a single land can also declare war against a whole nation.

A nation can level up by various factors which depend on your servers setup. Levels will reward you and your nation members with more claims and other benefits. You can view the level of your current nation by executing /Nations and the clicking on the statistics item.